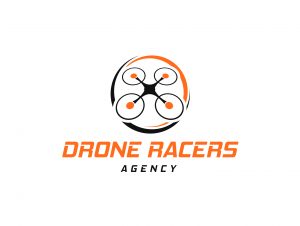 In just the past few years, drones (aka quadcopters, multi rotor aircraft) have exploded both in capabilities and in popularity.  In 2015, global drone sales topped $8 billion dollars and shipments of consumer drones are forecasted to more than quadruple over the next five years.

The sport of drone racing, has gone from casual meetups with friends, to full-blown cash-prize global competitions. ESPN will be televising the 2016 US National Drone Racing Championships, and money seems to be pouring into the sport from all directions.

While the flying robots attract attention of their own by gear-heads and makers, the real excitement of the sport comes from the human personalities who pilot the racing drones.  This is true in all sports, where the major players become the focus of fans and draw people to the games. Today’s top drone racers attract thousands of people to their YouTube pages, Twitter accounts, and public appearances.

As the sport of drone racing accelerates into the world of big-money sports, the racers who are responsible for all the excitement and success of the sport are increasingly confronted with the business of negotiating sponsorships and endorsements, affiliate deals, appearance fees, licensing deals, etc. Unfortunately, in most cases, these deals pit the racer against a corporate behemoth with the result that the racer accepts deals that — with proper representation — could have been magnitudes more favorable.

Recognizing the the need to help correct this power imbalance, and to help foster the healthy growth of the sport of drone racing, RGB LAW GROUP has founded the Drone Racers Agency, which provides the world’s top drone racers with professional legal and agency representation.

If you are a devoted drone racer and want to spend more time training and racing, and less time making bad deals, please contact us.

RGB LAW GROUP is a boutique "special projects" law firm. From our physical office in central California we handle projects world wide. We are known for our unique and surefooted talent at negotiating rapidly changing legal landscapes. As technology and culture evolve, we are here to map the constellation of changing laws and regulations and to provide our clients with strategic representation second to none.